New Zealand, meaning The Land of the Long White Cloud, is a harkening to the raw, dangerous beauty that can still only be found in certain parts of this marked up world. At first glance, the aesthetic itself could be mistaken as the offspring of Iceland and Hawaii. Add in some brash humor and a touch of Polynesia and you’ll be disconcerted as to where the plane just touched down. It’s a unique conflation of original culture with a melting pot of immigrants, adventurers and hippies. Perhaps above all, it’s a country known for powerfully natural landscapes; a young land mass not yet jaded by wear and tear. People know better than to over-handle New Zealand, afraid to leave fingerprints on nature’s favorite vase.

Starting the trip in Auckland was the perfect choice for access to attractions while seeing the city (don’t miss visiting the Sky Tower for the ultimate view) and after a day of regaining our bearings and fighting off jetlag, we were ready to jump right into the northern island of New Zealand with a trip off the coast to Waiheke for a vineyard tour and tasting of New Zealand’s finest wines.

The next day was exciting as we embarked on a full day of exploring landmarks starting with the Glowworm Caves of Waitomo. “Wai” meaning water and “Tomo” meaning sinkhole, this is what I would classify as a low key natural wonder. As we sailed in complete silence (noise frightens the worms into “no-glow” hiding mode), Arachnacampa luminosa slowly started to light up the ceiling above our small boats. Thousands upon thousands of these astounding creatures, completely unique to New Zealand, resembled holiday icicle lights as they strung themselves along the top of the cave.

Conveniently located near Waitomo, visiting Hobbiton is a must for any fan of the terrific writing of J.R. Tolkien. Seeing the set of the “Hobbit” and learning about “The Lord of the Rings” trilogy is fascinating in itself, but the intricacies of director Peter Jackson and the stunning landscape are enjoyable even if you’ve never heard of Gandalf the Wizard. Trust me when I say, visiting Hobbiton will leave you with a deepened respect for attention to detail.

Threaded through the cloth of New Zealand is the Maori culture and we were incredibly grateful for a heartfelt experience at Te Puia, the center for culture in Rotorua, New Zealand. As our Maori guide lead us through the geothermal springs, teaching us about her culture first hand, we were able to get close to the geysers, boiling mud and pools of water that are still used by the Maori to geothermally cook food today. Ah, and of course, no trip down under would be complete without seeing an endangered Kiwi bird (within a protected conservation area, of course).

I can speak to the advantages of group tours endlessly because I’ve seen them work for experienced and novice travelers alike. Queenstown, New Zealand is a great example. Here you stand in the “Adventure Capital of the World”. Will you relax on the shores of Lake Wakatipu? Hike the Remarkables? Bungee jump from the home of the original bungee on the Queenstown Bridge?

The good news is that whatever you pick, you’re not alone when you’re with a group. Typically, guests can find themselves on excursions with 2-15 other guests. Unless you choose the bungee, then you might just end up with me.

One destination that everyone can agree on is Fiordland National Park and the stunning Milford Sound, high on New Zealand’s southern island bucket list. We flew from Auckland to Queenstown in just under two hours and made our way to the National Park the following day. Rudyard Kipling called the Milford Sound the “eighth wonder of the world” only to be validated by the fact that it stands as New Zealand’s most famous tourist destination. It’s not hard to see why:

We arrived in Melbourne to a bit of a heatwave (welcomed since fleeing the polar vortex of Wisconsin) and anticipation of witnessing the Phillip Island penguin parade and driving the Great Ocean Road.

Perhaps the most special highlight for me was flying to Cairns to explore The Great Barrier Reef. Located off the coast of northern Australia featuring 1,400 miles of sprawling islands and coral reefs, one paradoxically, only needs to see a sliver to understand its place as the largest wonder of the world.

Discovered by the English explorer James Cook in 1770, how the reef was found is a testament to the classic adage of trusting the journey. Cook quite literally ran into the reef while on orders to document an eclipse of Venus and a secret naval mission to claim first dibs on a rumored southern continent for England. His ship was run aground on the reef for a full day before barely making it to the mouth of a river for repairs. Cook never discovered the southern continent that England had in mind, but he did discover the largest living organism in the world, eventually to be seen anywhere from ship sails to space: The Great Barrier Reef.

Not everybody went in the water. In my years of traveling with groups, the one thing I’ve been reminded of consistently is that everyone experiences things in their own way, including world wonders. But, what is truly amazing about the Great Barrier Reef is that you don’t need to see its entirety or be a deep-sea diver to experience the destination.

A 90-minute boat ride from Cairns will take you to a large structure pontoon that became our home for the day on the Outer Reef. The reef is usually referred to by inner, outer, and ribbon reef areas; the outer reef being further away from the mainland and the best area for visibility and biodiversity. While some guests snorkeled, others dived and some went in the semi-submersible watercraft where they were able to view fish, coral and sharks.

For a while, I stood on the high deck of the pontoon, watching travelers indulge in a place most people only read about in books. At one point an older gentleman stood next to me. Staring out at the reef, we both acknowledged the privilege of being in our current surroundings and bonded by gratitude, he turned to me and said,
“The mind makes promises the body can’t keep. It was my dream to come here so I made it happen while my body could still keep the promise.”

Truly, the most important promises are the ones we keep to ourselves.

The following day was free to spend exploring the rainforests of Cairns and relaxing by the pool at the resort. A lovely time in nature before heading to Australia’s largest city, Sydney.

Oh, Sydney. How do we choose?

We chose all of the above. Going to a city as large as Sydney with a group tour will convince you of one choice for certain: It’s good to be on a group tour. Armed with a guide, local guides, a ferry, a bus and some free time, there were enough resources to make the absolute most of 3 days in Sydney; a city that could swallow you for months.

There are so many moments from this trip that I treasure and remember frequently. Interacting with kangaroos and koalas, sitting along the ocean as penguins marched to their burrows, eating amazing food in front of amazing views, natural wonders that brought tears to our eyes and taking pictures that “just don’t do it justice”. These special times were made even better by our bond and humor with each other, another gift of being in a group. After 17 days in New Zealand and Australia, we had gone from being couples, families and friends to something a bit more like the famous rugby playing “All Blacks” and “Wallabies”: A team. 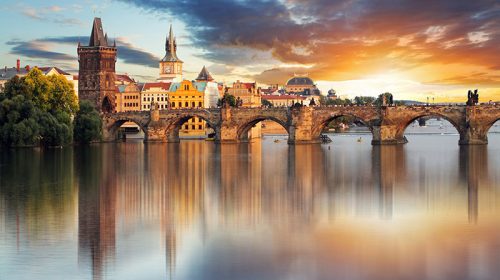 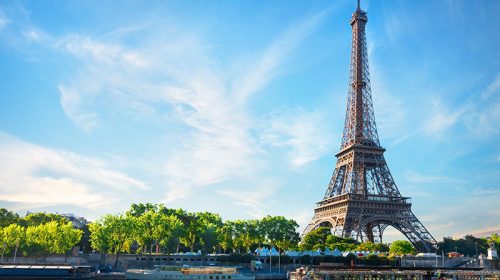 Guest post by Fox Tour Manager, Elizabeth Cramer  A bucket list trip is something that most people strive to experience at least once in their lifetime. A trip that includes places you’ve learned... Read More 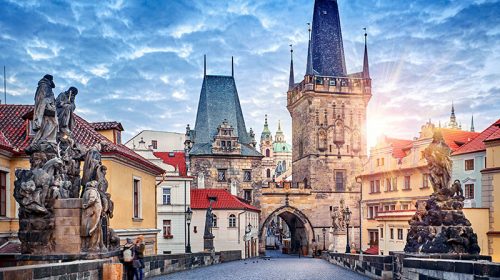 Post by Fox Tour Manager, Rachel Couillard As we chased the sunset from Venice to O’Hare on our flight home at the tail end of my most recent trip overseas with Fox Group Vacations, I found... Read More