HISTORY BEHIND THE MAGIC

It all started back in 1955 when a brand-new theme park was built in Anaheim, California. Disneyland’s goal was to create a place where kids and adults alike can go and have fun. From the time of opening, Disneyland was a success.

Therefore, in the mid-1960’s, Walt Disney wanted to build another park in Florida, based on Disneyland. On October 1, 1971, the concept became a reality when Walt Disney World opened in Lake Buena Vista, Florida.

THE MAGIC IS CALLING

One of the first sounds you’ll hear upon arrival is a brand-new song that is incorporated into elements of the celebration, The Magic is Calling. Platinum-selling songwriter and music producer Alana Da Fonseca has created an original anthem in collaboration with award-winning composer Emily Bear and singing sensation Journi – created specifically for Walt Disney World’s 50th Anniversary.

Upon entering, you’ll immediately notice Cinderella’s Castle has received a temporary makeover for its 50th birthday featuring the EAR-indecent colors in shades of royal blue, light pink, and gold which were inspired by Disney Imagineer Mary Blair’s vision and concept art for the classic Disney film, “Cinderella.”

The all-new Fab 50 Character Collection is featured throughout the four theme parks. The collection includes gold character statues of classic popular characters, like Mickey and Minnie, as well newer ones, like Dante from “Coco.”

The World’s Most Magical Celebration has a brilliant new centerpiece. Experience the new stunning nighttime firework extravaganza, Disney Enchantment. For the first time, guests experience a magical journey in a new immersive experience filled with enhanced lighting, music and projection effects that extend down Main Street in Magic Kingdom.

Walt Disney World® is taking the magic to new heights with Animal Kingdom’s High-Flying Kites. These incredible windcatchers dance through the air to the beat of beloved Disney songs during the performance at Disney’s Animal Kingdom theme park with shows inspired by “The Lion King” and “The Jungle Book.”

For the foodie, the 50th Anniversary Celebration has a delicious new Sips and Bites Guide to savor all the delicious new tastes across all the theme parks and resorts. There are more than 150 new food and beverage items added to various Disney menus to help you celebrate. Many of these new items pay tribute to history of Walt Disney World®.

Equally exciting, Disney World has released a ton of new merchandise in celebration of 50 years! You can find everything from shirts, pins, tumblers, and hats to several vintage collections. Be on the lookout for the retro-inspired Vault Collection merchandise which features nods to former attractions – like “Mr. Toad’s Wild Ride” and so much more!

And finally, everything we just listed above are simply the highlights! There is SO MUCH to offer in celebration of Walt Disney World’s 50th Anniversary of The Most Magical Place on Earth. We could not possibly list every amazing addition to Walt Disney World® so reach out to our Fox Dream Team to learn more and book your next magical experience! Walt Disney World® Returning to a World of Magic✨

It’s time to celebrate! Join Disney® for The World’s Most Magical Celebration and plan an unforgettable vacation during the 50th anniversary celebration of Walt Disney World® Resort.   Click... Read More GIVE THE GIFT OF A MAGICAL EXPERIENCE A Disney vacation is truly a magical experience. However, planning a Disney vacation can be quite daunting….because….well… so many details! From the hotels,... Read More 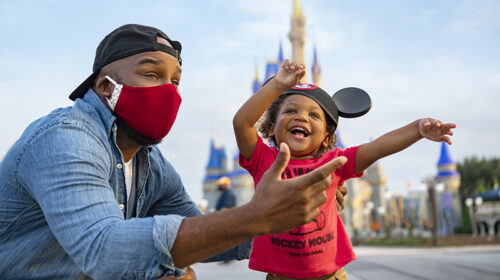 Disney Planning Q&A with Chelsea from the Fox Dream Team

If there’s one thing we know well, it’s that when it comes to planning a Disney vacation, it may not seem like the easiest task. This is where our Dream Team comes in! We have the... Read More